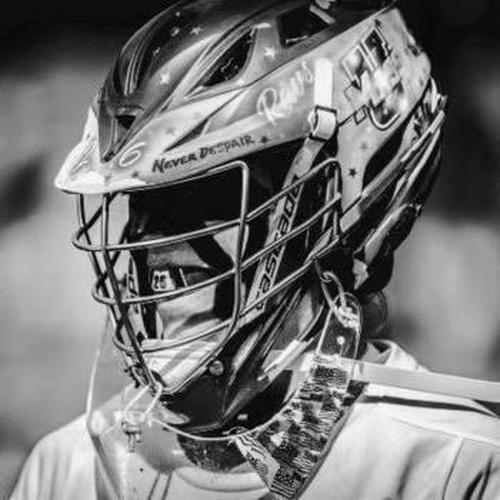 Talks covered by this speaker

Coach Vallarelli is a college coach, club director and professional lacrosse player in both the Women's Field Game and the Men's Box Lacrosse Game. She also runs her own business, RV Lacrosse, which focuses on recruiting advising, lessons, clinics, photography, a podcast and blog. She also runs her camps through Gamebreaker Lacrosse. A current Stringking Pro and Base Performance Sponsored Athlete, Vallarelli loves inspiring the next generation of players, in both the men's and women's game as well as in both lacrosse disciplines of field and box.  Vallarelli brings a wealth of coaching and playing experience with her. A 2011 graduate of School of the Holy Child in Rye, N.Y., she starred at goalie for the Gryphons’ lacrosse squad, earning 4 Varsity letters and helping the team to having its first ever winning record, and playoff berths after that. She holds the record for career saves and holds second and third place for Single Season Saves. Her career high was 24 stops versus Greenwich Academy her Senior Year.  During her time at Holy Child and before she committed to play at UMass, Vallarelli was selected to the US U19 National Team squad and has been in the US System since 2010.  She continued her lacrosse career at the University of Massachusetts, where she started in goal for three seasons, earning numerous accolades along the way. During her goalie days at UMass, Vallarelli registered 48 victories and had a goals-against-average of 6.77 — both of which ranks second in program history. Her career goals-against-average is eighth in NCAA history, her 2015 GAA is 10th in NCAA History and she was the NCAA save-percentage champion in 2015 (.523). She is also a 2 time NCAA GAA Runner Up (6.26 in 2014 and 5.77 in 2015) UMass won four consecutive Atlantic 10 championships and was undefeated in Conference play (with 4 NCAA Tournament Appearances & 2 First Round Wins)  while Vallarelli played goalie, which also saw her be selected as the conference’s Defender of the Week seven times and earn the 2015 Atlantic 10 Defensive Player of the Year Award. After playing at UMass, Vallarelli took her lacrosse skills to the professional level, becoming a member of the Baltimore Ride, which is part of the United Women’s Lacrosse League and is a Free Agent in the WPLL. Coach also plays professionally for the New York Athletic Club. Vallarelli has also played some men's field lacrosse as well and is an alum of the Central California Lacrosse Club.  In the Box Lacrosse realm, Vallarelli was the first woman to ever play and start in the IBLA while playing for the Cambridge Nor'Easters. She was also the first woman ever invited to the NLL US Elite Combine and NLL Toronto Combine in 2019 and is an NLL Free Agent. Vallarelli was selected to invite only tryout camp for the New York Riptide of the National Lacrosse League. And was then the first woman drafted into the Canadian Arena Lacrosse League for the Whitby Steelhawks. She also plays for the Boston Blazers of the BBLL and for the Lasersharks Box Lacrosse Club and was signed to the NYC Spiders of the IBLA for the upcoming season. College coaching stops for Vallarelli include Purchase College, Fresno State, Villanova University, and Wagner College. She was also the Head Coach for Greenwich High School for the 2019 Season. Along with being the Assistant Coach for Purchase College, Vallarelli plays professionally and provides coaching through GameBreaker Lacrosse Camps along with her own business RV Lacrosse and is the Girls Director for Team 91 Tri-State.

Your logo could go here!

If you'd like to get your brand in front of attendees following the categories this speaker is talking about (on this page, via email and during each talk) contact us.
We use cookies This website (and some of its third-party tools) use cookies. These are important as they allow us to deliver an exceptional experience whilst browsing the site. Learn more about our cookie policy. By closing this banner, scrolling, clicking a link or continuing to browse, you agree to the use of cookies. Accept
I need help
No I need help
No I need help