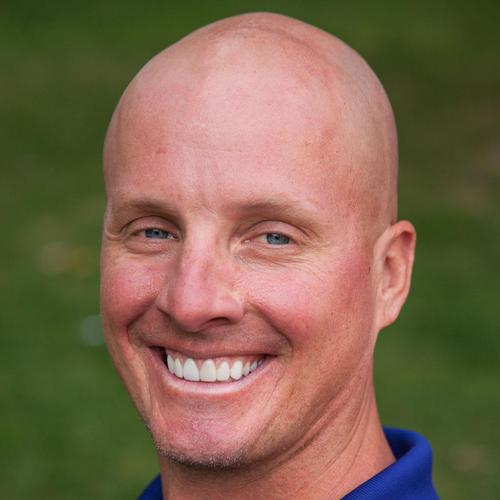 Talks covered by this speaker

Dealing with Covid19: Drills you can do at home

Mike Faith enters his ninth season at the helm of the Franklin & Marshall women's lacrosse program in 2020-21. Faith became the 12th coach in the program's 36-year history on Aug. 1, 2012. Faith has guided the Diplomats to seven successful seasons to open his coaching campaign at F&M, leading the squad to a 130-32 overall record, a pair Centennial Conference (CC) Championships in 2015 and 2017 and back-to-back NCAA Final Four Appearances (2016-17). During his tenure, Faith has helped the Diplomats earn 20 All-America, 34 All-Region, and 43 All-CC accolades. He has twice been named the Centennial Coach of the Year, earning the honor in 2016 and 2019. Faith has seen his student-athletes be recognized among the nation’s best as Paige Moriarty ’18 was named the IWLCA Attacker of the Year in 2016 and 2017, while Vanessa Budd ’17 earned the IWLCA Defender of the Year award in 2017. The Diplomats have reached the NCAA Sweet 16 in each of Faith’s seven seasons and have won at least 16 games every year at the helm. His 2016 squad set a program record for wins with 21, while Faith became the first coach in program history to reach the 100-win plateau with an 18-0 shutout of Bryn Mawr on April 6, 2018. Faith took over the Elizabethtown program just four years into its existence and wasted little time building it into a perennial conference contender. The Blue Jays competed in seven conference championship tournaments, including five trips to the finals and two MAC championships under Faith's leadership. He was named MAC Coach of the Year in 2007 and 2010 as Elizabethtown made its way through the conference schedule with an unblemished mark. Faith compiled a 97-48 mark at Elizabethtown, including a 65-14 record in conference play. Under his guidance, 44 All-Conference selections were named, including four MAC Player of the Year honors and two Rookie of the Year awards. Also, 20 All-Region selections and four IWCLA All-Americans were awarded during Faith's tenure. A 2000 graduate of Salisbury University, Faith spent the previous eight seasons as the head women's lacrosse coach at Elizabethtown College, where he built one of the most successful programs in the Middle Atlantic Conference (MAC). He also served as the director of intramural sports, overseeing all aspects of the intramural sports programs at the college. "F&M has a remarkable tradition of success of our intercollegiate athletics programs, and the selection of Coach Mike Faith reflects our ongoing commitment to developing the talents, character and leadership qualities of all student-athletes," said Dean of the College Kent Trachte, who oversees the Department of Athletics and Recreation. Faith was ecstatic at the time of his hiring about the potential of the program. "This is a great opportunity to work at one of the finest educational institutions in the country," Faith said of his decision to work at F&M. "I'm very excited about this new chapter in my coaching career, and I'm looking forward to leading one of the most successful women's lacrosse programs in Division III." In addition to his coaching resume, Faith brings his own experience as an All-American lacrosse player to the sidelines. As a student-athlete, he was named a First Team All-American in 1998 and named to the First Team All-Capital Athletic Conference team in 1997 and 1998. Before leading the coaching staff at Elizabethtown, Faith served as the first assistant women's lacrosse coach at the University of Maryland-Baltimore County, a Division I program. While at UMBC, he helped lead the Golden Retrievers to their first two NCAA Tournament appearances in 2002 and 2003. He spent a year as the offensive coordinator at the University of Richmond in 2001 and spent the 1999 and 2000 seasons as a volunteer assistant at Salisbury. Faith is a native of Perry Hall, Md., and graduated from Salisbury in 2000 with a Bachelor of Science in Health Fitness. He currently resides outside of Baltimore with daughters Maddie and Mollie.

Your logo could go here!

If you'd like to get your brand in front of attendees following the categories this speaker is talking about (on this page, via email and during each talk) contact us.
We use cookies This website (and some of its third-party tools) use cookies. These are important as they allow us to deliver an exceptional experience whilst browsing the site. Learn more about our cookie policy. By closing this banner, scrolling, clicking a link or continuing to browse, you agree to the use of cookies. Accept
I need help
No I need help
No I need help